Princeton, NJ. October 23, 2018. The Goals of Care Coalition of New Jersey (GOCCNJ) has received a $195,000, one-year grant from the Robert Wood Johnson Foundation to address disparities in access to palliative care for minority populations living in New Jersey.

“Most Americans nearing death don’t have access to palliative services and good end-of-life (EOL) care, but for underserved populations such as African-Americans, Hispanics and Asians, the gap is even wider,” said David Barile. MD, Medical Director, GOCCNJ. He added, “end-of-life care decisions are difficult for most families for a variety of reasons, including poor advance planning, complex family communications and low health literacy. For African-Americans, Hispanics and Asians, there are additional challenges such as lack of access to information, language barriers and cultural differences that have the potential to negatively impact the care that minority patients receive at the end of life. As a result, too many of New Jersey’s minority patients suffer, experiencing unnecessary or unwanted hospitalizations at the end of life.”

Hospice use varies by racial and ethnic group. According to the Medicare Beneficiary Database from CMS, Medicare hospice use was highest among white decedents (49.7%), followed by Hispanic (41.3%), African American (37.5%), and Asian American decedents (33.7%).

The reasons for this are complicated. Clinicians may, unintentionally, bring implicit biases to EOL care conversations which create barriers and obstacles to providing advance care planning (ACP) services and good palliative care. In addition, clinicians are not always aware of or sensitive to the different communication preferences of patients from different racial/ethnic/cultural backgrounds and there’s a scarcity of culturally sensitive educational material.

The Robert Wood Johnson Foundation grant will support an initiative to educate healthcare professionals and patients in targeted communities where the majority of African-American, Hispanic and Asian New Jerseyans live. The program will focus on racial and ethnic disparities that exist in ACP, benefits of ACP, EOL care options including palliative and hospice care and ACP documents such as Practitioner Orders for Life-Sustaining Treatment (POLST) and 5 Wishes. All of the patient education materials used in the program will be available in multiple languages.

“We are thrilled to be the recipient of this grant. A focused effort to educate minority patients/family decision-makers and the healthcare professionals who treat them will support and promote culturally-sensitive conversations about end-of-life care options and documentation of medical decisions, and will make it possible to improve the status quo regarding end-of-life care among New Jersey’s minority patients,” said Lori Feldstein, CEO & Executive Director of GOCCNJ.

GOCCNJ is a 501(c)(3) nonprofit organization and the only network of organizations in NJ working together to make certain that patients with serious illness get the care they need and no less, and the care they want and no more. Through education and advocacy, GOCCNJ’s mission is to ensure that healthcare providers, patients, and family caregivers have the information, resources, training, and tools they need to facilitate discussions that result in a care plan that aligns treatment with the patient’s goals of care.

A POLST form will inform your healthcare providers about the types of medical treatment you’d like to receive.

POLST in Your State

As a supporter of our efforts. We depend on the generosity of our donors to help the sickest and most vulnerable New Jerseyeans get the care they need and no less, and the care they want and no more. Donate today to help us provide critical information to patients and families and raise our voice with local, state and federal policy makers.

This state does not have an equivalent of the POLST form.

POLST in Other States 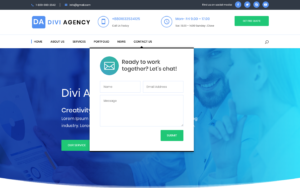 This uses the Divi tabs module, so you can style it however you want using Divi’s built in design controls! Pretty nifty eh? 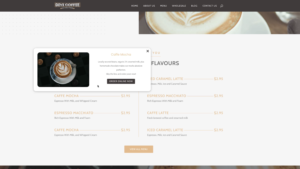